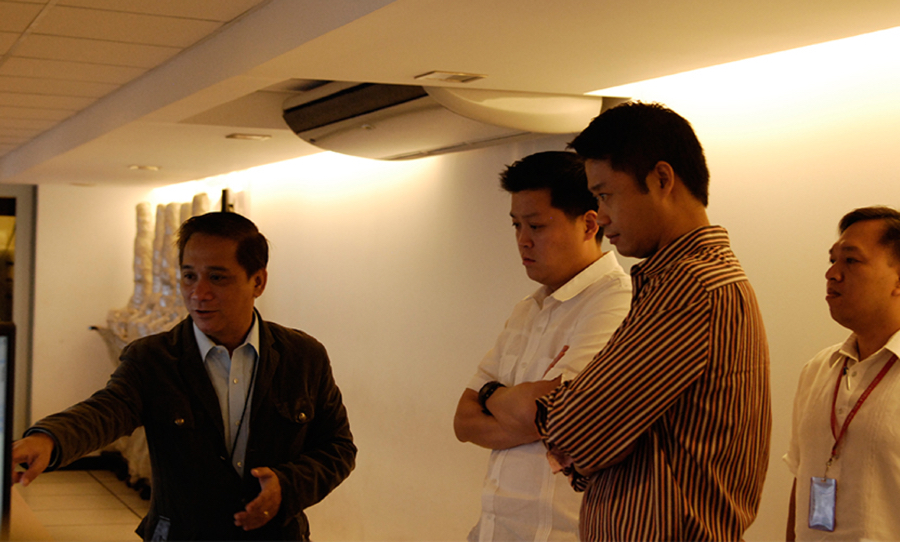 The city of Pasig, just like Valenzuela, had endured the wrath of Ondoy in 2009, which harnessed the need for better coordination about projects on disaster preparedness and response among local government units in Metro Manila.

Ritche Van Angeles, head of Pasig City’s disaster preparedness and response department, shared that former Pasig City Mayor Bobby Eusebio wanted his constituents to have a better way of monitoring the area during disasters, crime, and other security matters.

This resulted in the installation of closed circuit televisions (CCTVs) all over the city, which Angeles said could help disaster preparedness and response team to monitor the water levels and flooding in the city, to ensure swift action.

Angeles also told the Valenzuela officials that the local government of Pasig wants to avoid knee-jerk responses to disasters.

At present, the Valenzuela Command, Coordinating and Communication Center (VCC3) is in the process of installing 44 CCTVs in major highways.

The VCC3 is currently conducting collaborations with other government agencies to further improve their service for the Valenzuelanos. Valenzuela City is doing collaborative trainings with Pasig City for transfer of knowledge and ideas.

Gatchalian also explained that he is looking into the possibility of drafting a bill that will allow government agencies to get a copy of CCTV videos if it is needed for investigation. He thinks that this will aid in solving crimes faster and more efficiently.