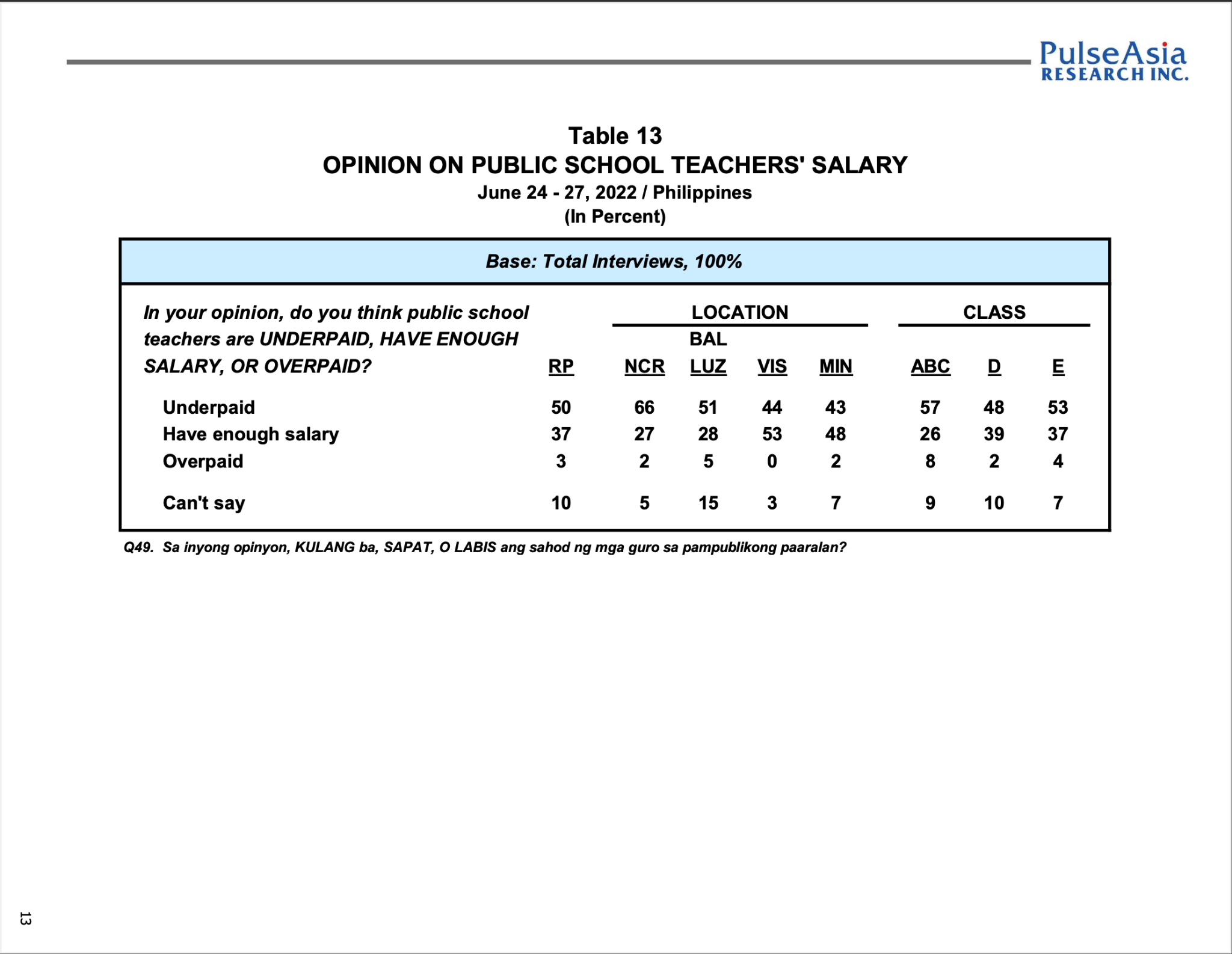 Gatchalian has also been pointing out that when it comes to entry level pay, Filipino public school teachers are being left behind by their counterparts in the ASEAN region. In Indonesia for example, the entry-level pay of teachers is P66,099 compared to the P25,439 entry-level pay of Filipino teachers.

Increasing the salary of public school teachers is consistent with Republic Act No. 4670 or the Magna Carta for Public School Teachers, Gatchalian pointed out. The law provides that teachers’ salaries shall compare favorably with the pay in other occupations and should ensure a reasonable standard of life for teachers and their families.

Gatchalian also plans to seek amendments to the Magna Carta for Public School Teachers to make it more responsive to present-day challenges.