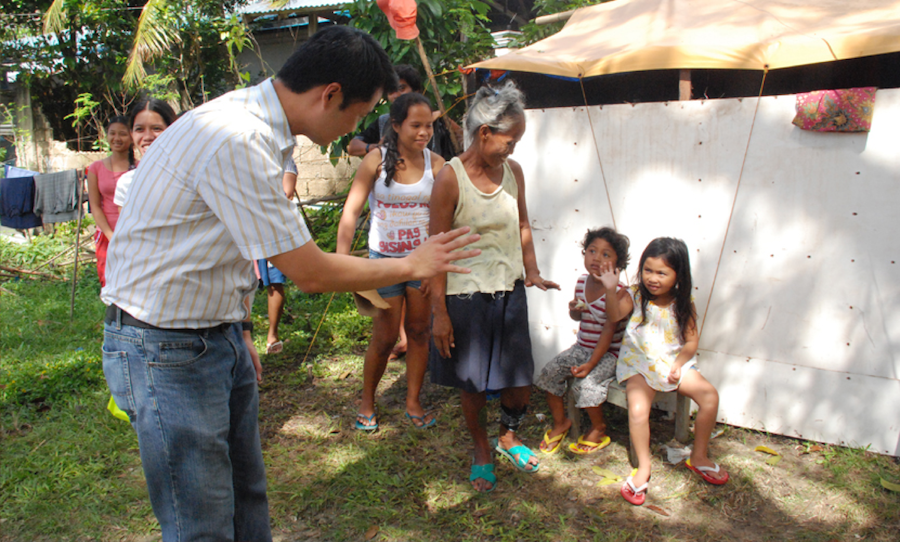 Just a few weeks following his visit in Cebu and Bohol, Valenzuela City Congressman Win Gatchalian visited both provinces in Visayas again to personally distribute donations for the survivors of Super Typhoon Yolanda.

Gatchalian accompanied Vice President Jejomar Binay to Bohol to extend financial assistance to Northern Cebu and Bohol, which is still trying to recover from a 7.2-magnitude earthquake last October before Super Typhoon Yolanda devastated it this month.

The former Valenzuela City and Makati City mayors handed the financial aid to Maribojoc, Bohol Mayor Leonicio B. Evasco in hopes that the gesture will help in the rehabilitation efforts of the municipality.

Accompanied by Senator Nancy Binay and incumbent Makati City Mayor Junjun Binay, the two leaders also met with Antequera Mayor Jose Mario Pahang and Carmen Mayor Ricardo Francisco to find out what else could they do to help survivors in Bohol.

Gatchalian, a member of the House Committee on Metro Manila Development, expressed his sadness over the consecutive disasters that struck Northern Cebu, and Bohol.

He promised that the city of Valenzuela will always be open and ready to assist the survivors, who lost their loved ones and homes in both tragedies.

Last October 25, Gatchalian donated, in behalf of the city government of Valenzuela City, a total of P6.4 million worth of financial aid to the different local government units a few days after a 7.2-magnitude quake jolted Bohol that destroyed old churches in Visayas.

The Super Typhoon Yolanda, also known as Typhoon Haiyan, was dubbed as the strongest typhoon to ever make landfall on earth in 2013, devastating the provinces of Camarines Sur and some areas in the Bicol region, wreaking havoc in the provinces in Leyte, Samar, Cebu, and nearby islands.

Graduates of Search and Rescue of Fraternities went on a five-day training from February to March, spending three days at Valenzuela City Action Center to learn emergency response and two days at Polo River, Barangay Poblacion to conduct exercise on water survival and safety.