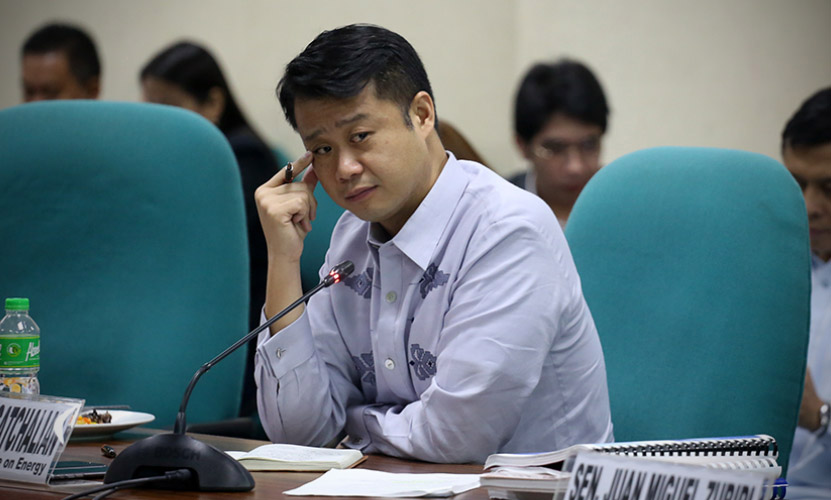 Senator Win Gatchalian has called on the top executives of Philippine Charity Sweepstakes Office (PCSO) to tender their resignations following the controversy on the agency’s Christmas Party spending amounting to 6-million pesos.

“Their resignations are the most decent Christmas gifts they can give to the Filipino people,” he said.

The senator is referring to PCSO Chairman Jose Jorge Corpuz and General Manager Alexander Balutan who were accused earlier by Board Member Sandra Cam as allegedly behind the fiasco.

On Tuesday evening, employees of PCSO celebrated their Annual Christmas Party at EDSA Shangri-la Manila, a 5-star luxury hotel. Describing the event as a “very grandiose party”, Cam claimed that the agency spent around 10-million pesos in total. Corpuz later revealed the actual amount spent was around 6-million where almost half went to performance and raffle prizes.

Presidential Spokesperson Harry Roque stressed that President Rodrigo Duterte does not tolerate extravagance in its administration, stating further that the Chief Executive would look into the said issue.

“No amount of words can justify the P6m extravagant Christmas party unfairly paid by the hard earned taxes of the Filipino people. Allegedly, there were 1,580 employees who were invited to the said party. That’s an equivalent to P3,797 per person which dwarfs any high-end weddings or parties by most standards.” Gatchalian stressed.