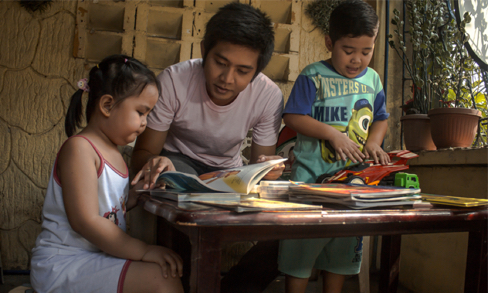 A member of House Committees on Basic Education and Culture on Higher and Technical Education called for a two-year moratorium on all tuition increases in private schools.

Valenzuela City Congressman Win Gatchalian explained the moratorium will ease the financial burden of parents who are still reeling from the negative effects of two more years in their children’s basic education.

He described as “double whammy” for parents the Department of Education’s (DepEd) move to allow over 1,200 private schools to raise their tuition and other fees amid the implementation of the K to 12 program.

Gatchalian said the DepEd should come out with a memorandum circular for a tuition hike free for at least two years or after the first batch of K to 12 students have graduated from senior high school in 2017.

“The increase in tuition and other fees combined with the additional senior high school years serve as a double whammy to parents. It would be wise for the DepEd to implement a moratorium on tuition hikes for at least two years​ to give parents an economic reprieve,” he added.

Gatchalian issued the call for a tuition hike moratorium as the DepEd on Monday announced that it has approved the request of 1,246 private schools nationwide, representing kindergarten, elementary, and secondary schools, to raise their tuition and other school fees for School Y​ear 2015-2016.

The Valenzuela City representative pointed out that a two-year tuition freeze will benefit parents whose children will be enrolled in senior high school for the next two academic years.

“Parents have a shorter time to prepare for the expenses of the additional two years in high school, so a moratorium for tuition hikes will be a great help in easing their financial burden,” the lawmaker said.

The number of private schools whose application for tuition hike was green-lit by the DepEd is a slight decrease from last year’s 1,299 schools. ​

The DepEd, he pointed out, should be very cautious in allowing increases in such school fees, especially now that shortages in teachers, classrooms, books, and toilets are seriously being addressed.

Of the 1,246 private schools allowed to raise their fees, Region 4-A (Calabarzon) topped the list with 246 schools. Central Luzon placed second with 257, followed by Region 7 (Central Visayas) with 170. In Metro Manila, 139 schools of the 171 that applied for an increase got a go-signal from the DepEd.

The highest increase for tuition and other fees requested was at 29 percent, while the lowest was at 1.25 percent. The average increase across regions was pegged at 7.87 percent, as cited in news reports.

Gatchalian also reminded DepEd to be stringent in monitoring where the proceeds of increases in school fees go, saying the agency’s 2010 revised manual of regulations for private schools in basic education should be strictly followed.

Seventy percent of the increase should go to salary increases of teaching and non-teaching personnel while the rest should be for institutional development, student assistance, and extension services as well as return of investment.

An amendment in the said manual also stated that “in no case shall the return on investment exceed twelve percent (12%) of the incremental proceeds.”

The former Valenzuela City mayor previously questioned the Commission on Higher Education’s (CHED) approval mechanism regarding the tuition increases in 313 colleges and universities for the new school year in June.

Gatchalian maintained that CHED should first explain if the colleges and universities allowed to increase tuition last year complied with its memorandum, which requires 70 percent of tuition hikes be allocated for the salary increase of teaching and non-teaching personnel while at least 20 percent should be for the improvement of facilities and other costs of operation. (Monica Cantilero)