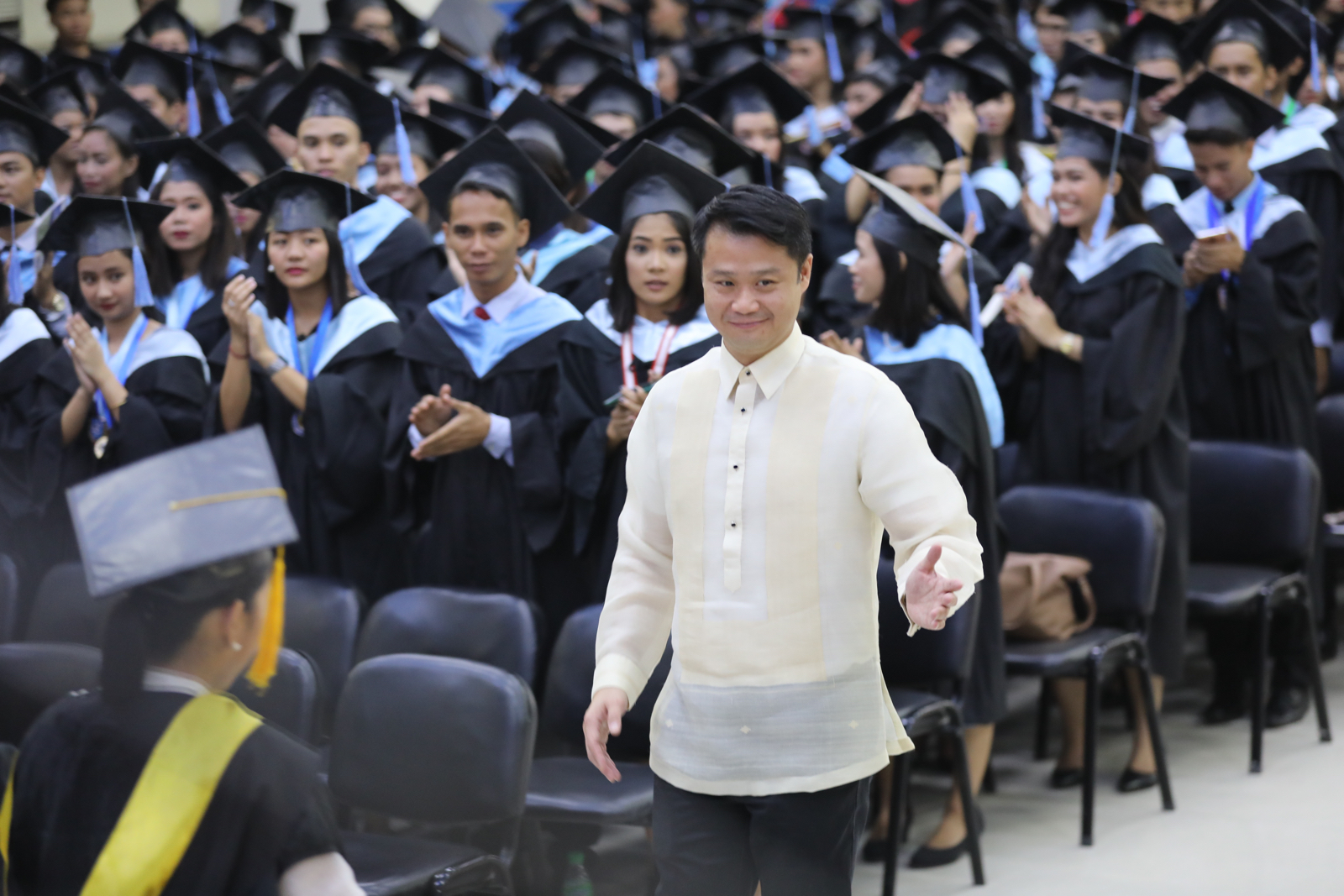 Senator Sherwin T. Gatchalian, more known by his constituents as “Win,” is no neophyte to public service with his almost two decades of experience marked by honesty, integrity, and a relentless drive to serve his countrymen.

The call for public service began in 2001—Win was elected initially as Valenzuela City’s first district representative, then later as mayor of Valenzuela City in 2004. In his nine years as chief executive, he has made his life’s mission to champion good governance, fight corruption and focus on improving the accessibility and quality of education in the city. He helped transform Valenzuela City’s education system into one of the nation’s best.

Upon his return to Congress in 2013, Win set out to nationalize some of Valenzuela City’s most effective education reforms. In 2015, he filed the original version of the bill that would radically expand access to college education for millions of Filipinos—the House Bill No. 5905, more commonly known as the Free Higher Education Act. He also authored other notable and relevant bills including the measure on increasing salaries for teachers and non-teaching personnel, the nationwide school-based feeding program for kinder and elementary public school students, the Nanay-Teacher parenting program, and the Anti-Hazing Act, among others.

He made the move from the local political arena to the national stage before the May 2016 elections, Win won a successful dark horse bid for a Senate seat by galvanizing the youth vote with a single promise—to pass legislation establishing a tuition-free scheme in state universities and colleges. Only a year into his term, the Senate approved Senate Bill No. 1304, Affordable Higher Education for All Act, a consolidated version of Win’s Free Higher Education Act, a landmark legislation that would make education within reach of deserving but underprivileged students. The measure was eventually enacted into law as Republic Act No. 10931, Universal Access to Quality Tertiary Education Act in August 2017—setting the stage for millions of young Filipinos to attain a free college education in the coming years.

As Chairman of the Senate Committee on Energy and Committee on Economic Affairs during the 17th Congress, Win steered both committees with one goal in mind—to protect and empower the Filipino consumers. He strove toward the passage of several key measures aimed at fostering a competitive, investor-friendly, and red tape-free environment in the energy sector, and in the Philippine economy in general. His goal was to spark an economic renaissance in the entire country by crafting measures that would promote robust competition, encourage investments, and make doing business in the Philippines easier.

Working at a considerable pace over the past four years, he has successfully steered the passage of pro-consumer legislations that have been signed into law by President Rodrigo Duterte. Among the laws he has authored are the Murang Kuryente Act, Electric Cooperatives Emergency and Resiliency Fund Act, the Energy Virtual One Stop Shop Act, the Energy Efficiency and Conservation Act, the Philippine Innovation Act, and the Mobile Number Portability Act.

Now in the 18th Congress, as Chairman of the Senate Committee on Basic Education, Arts and Culture, Win continues to introduce further reforms to bring the Philippine education system to world-class levels.

Indeed, Win’s commitment to genuine public service continues to drive him in pursuing his promising vision of a better Philippines. 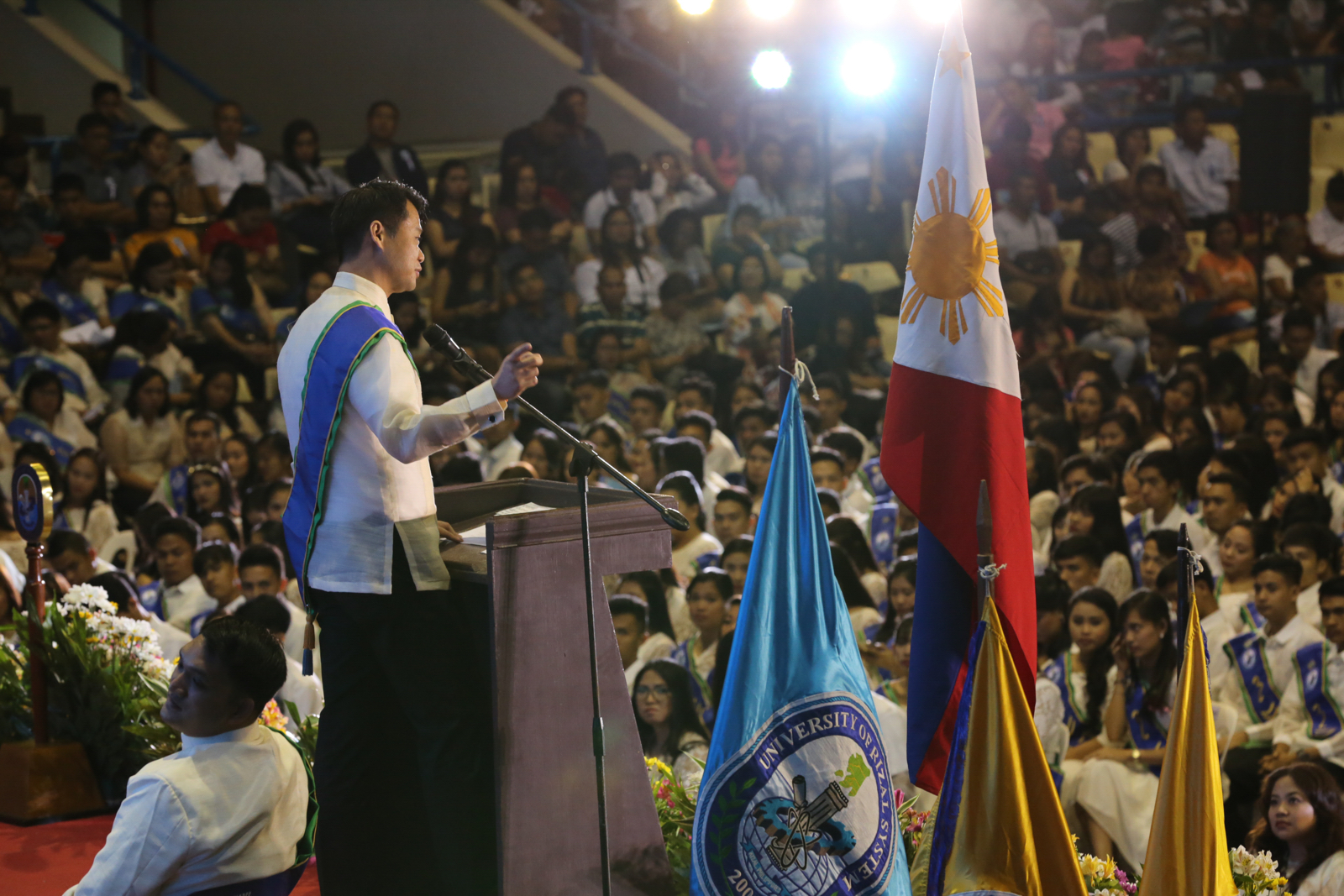 The foundations for Win Gatchalian’s sense of public service and education advocacy started with his own education in the prestigious Boston University in Massachusetts, USA, where he graduated with a degree in Finance and Operations Management in 1995.

He finished his elementary and secondary education at Grace Christian High School in Quezon City. 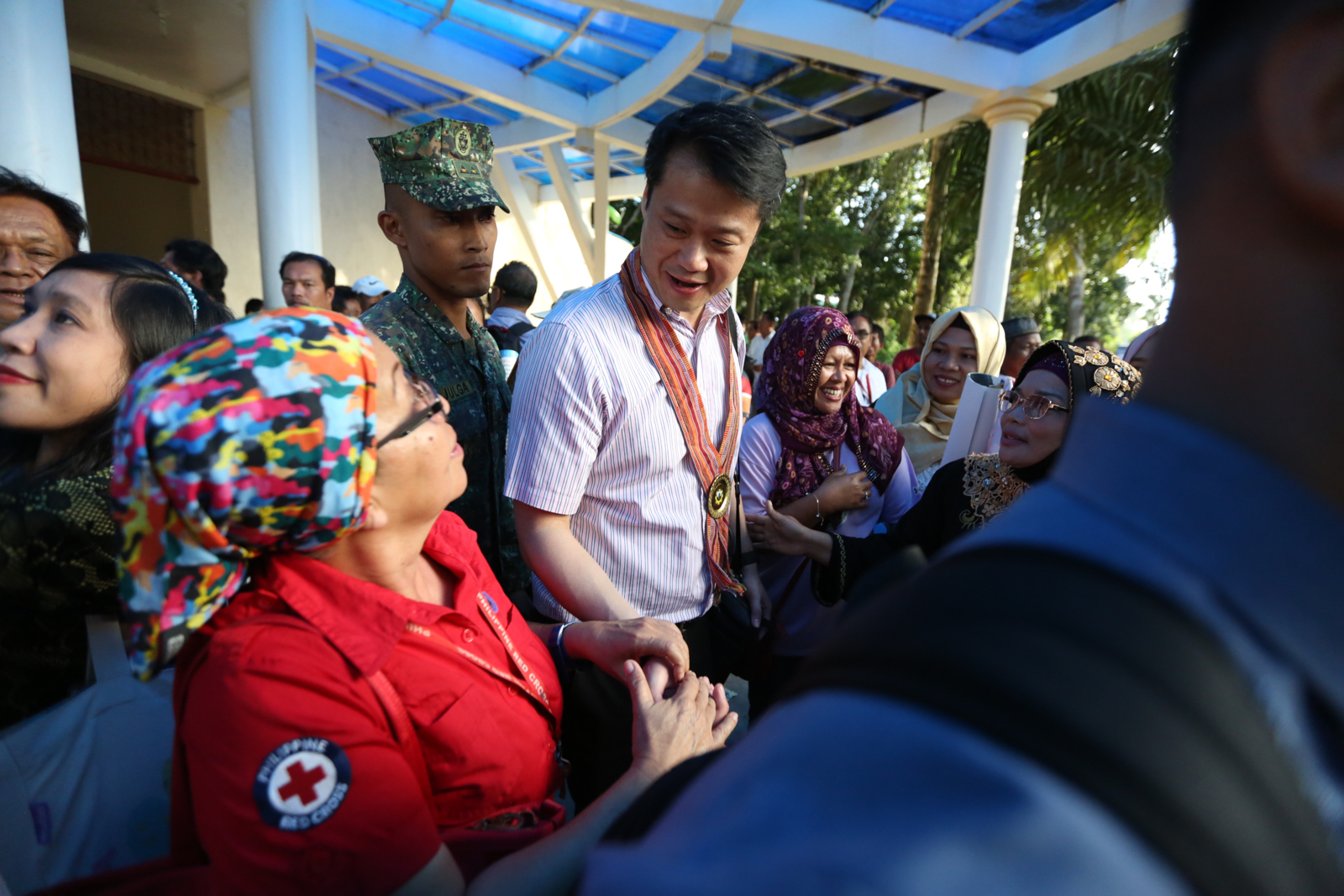 Win Gatchalian’s diverse experience in the private sector prepared him for public service, building his management, problem-solving, and leadership skills.

As the Executive Vice President and Chief Financial Officer of The Wellex Group from 1996 to 2001, he was responsible for the operations management of various industries; working on multiple markets, adapting to grow trends in business and economics; and being in the mainstream of the country’s trade and industry. The Wellex Group is one of the leading diversified investment firms in the Philippines, with industries including hotels and casinos, real estate development, oil exploration, petrochemicals, mining, aviation, trading, and banking.

From 1998 to 1999, he also served as the Vice Chairman and Director of Air Philippines Corporation, the third largest domestic carrier in the Philippines with initial flights in Subic, Iloilo and Zamboanga when it started its operations in February 1996. At present, it has eight Boeing 737-200 aircrafts with flights to twelve major destinations in the Philippines from its hubs in Manila and Cebu.

Win became the Vice Chairman of Waterfront Philippines, Inc., one of the top Filipino-owned hotel chains in the country with properties located in Manila, Cebu, and Davao in key business and tourism areas—catering to local, regional, and international guests from 1999 to 2001.

At the same time, he was also the President and Chief Executive Officer of Plastic City Corporation, the country’s fully integrated manufacturer of plastic products. 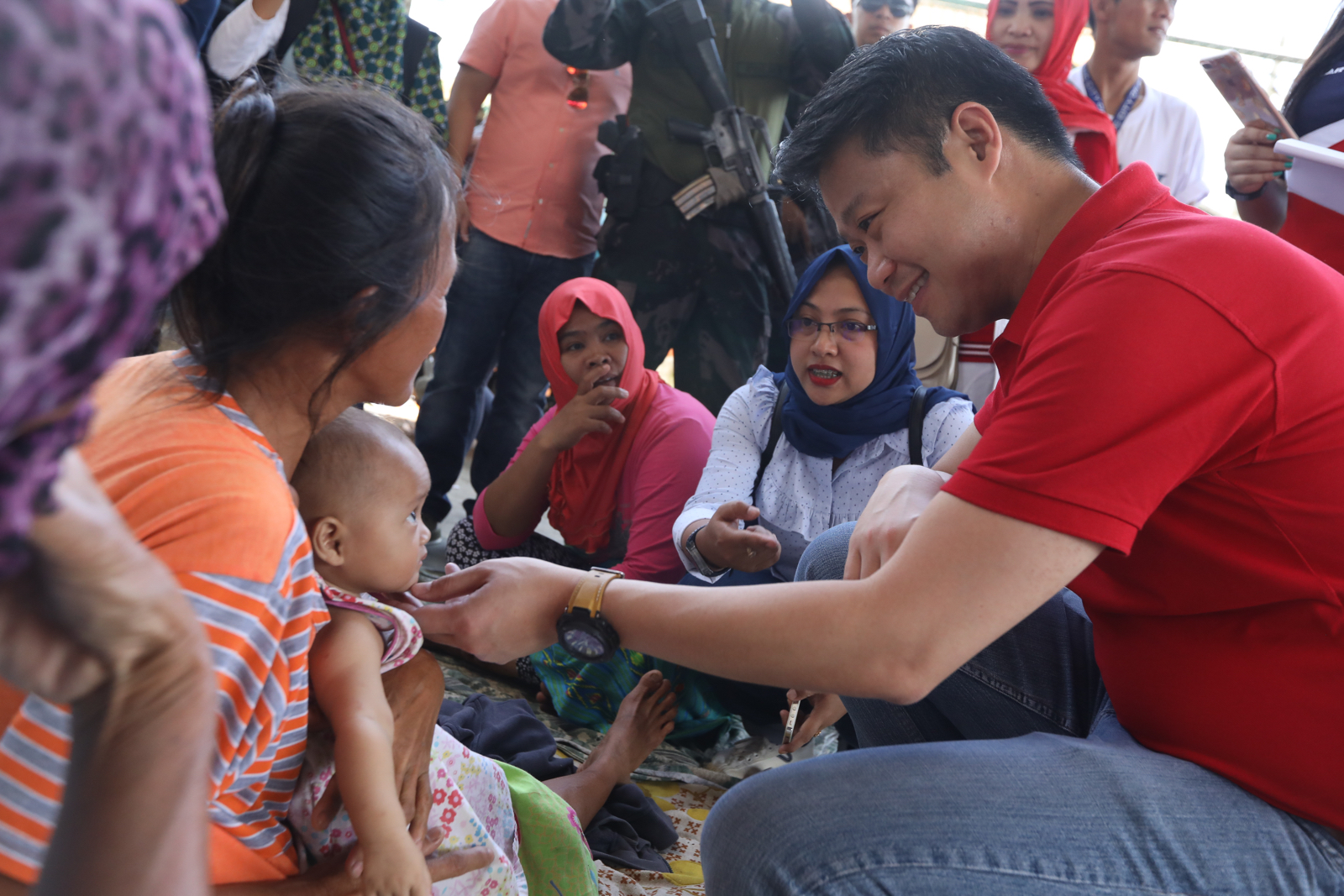 Win Gatchalian’s diverse experience in the private sector prepared him for public service. After a successful stint as a corporate executive, Win forged his own path and answered the call to public service which stirred within him after witnessing first-hand the dysfunctional culture of governance then prevailing in his hometown. He ran and won as the Representative of the First District of Valenzuela City in 2001, at the young age of 27.

In 2004, Win was elected Mayor of Valenzuela City. During his nine-year tenure as local chief executive, he revolutionized governance in City Hall by instituting reforms which eradicated corruption, fostered robust growth in the local business sector, and significantly improved the provision of essential social services in education, health, and other key areas.

Under Win’s professional and innovative style of leadership during three consecutive terms as chief executive, Valenzuela City was transformed from a sleepy factory town into a first class city—recognized by the Galing Pook Award as a Center for Innovations and Excellence in 2012, by the Philippine Chamber of Commerce and Industry, Inc. as the Most Business-Friendly Local Government Unit in 2012, by World Bank as Business-Friendly City in the country in 2011, and by the prestigious National University of Singapore for innovations that made business transactions and tax collections faster and more efficient. The Department of Interior Local Government also awarded the coveted Seal of Good Housekeeping, Bronze Category to Valenzuela City in 2012.

His distinct brand of leadership has earned him countless accolades, including The Outstanding Young Men (TOYM) Honoree for Public Service from the Junior Chamber International Philippines in 2011 and Manila 40 Under 40 International Development Leaders by the Development Executive Group (DevEx) in 2013. 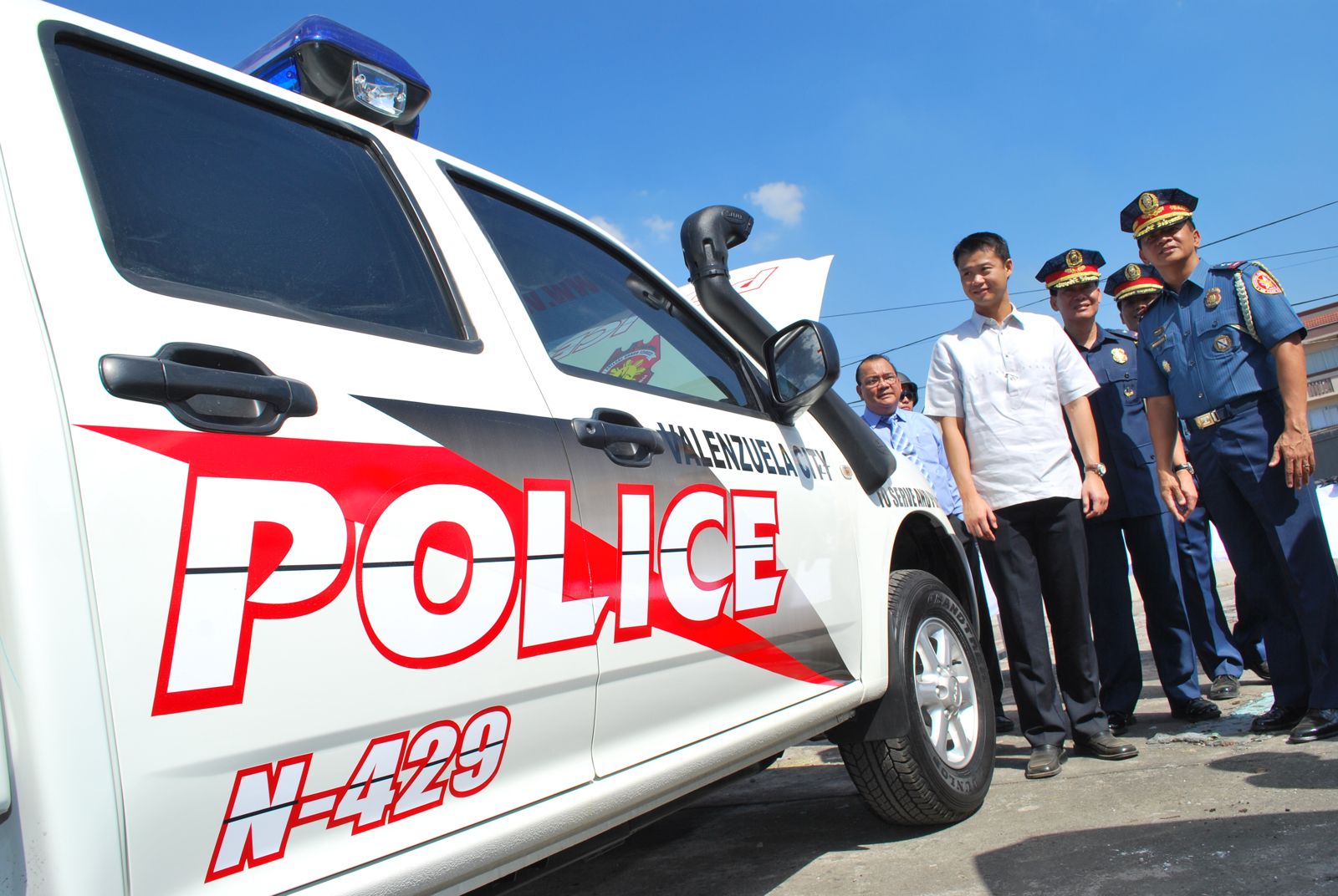 In 2013, Win returned to the House of Representatives to represent the First District of Valenzuela City once more. It was during the 16th Congress that he became one of the foremost advocates of genuine education reform. 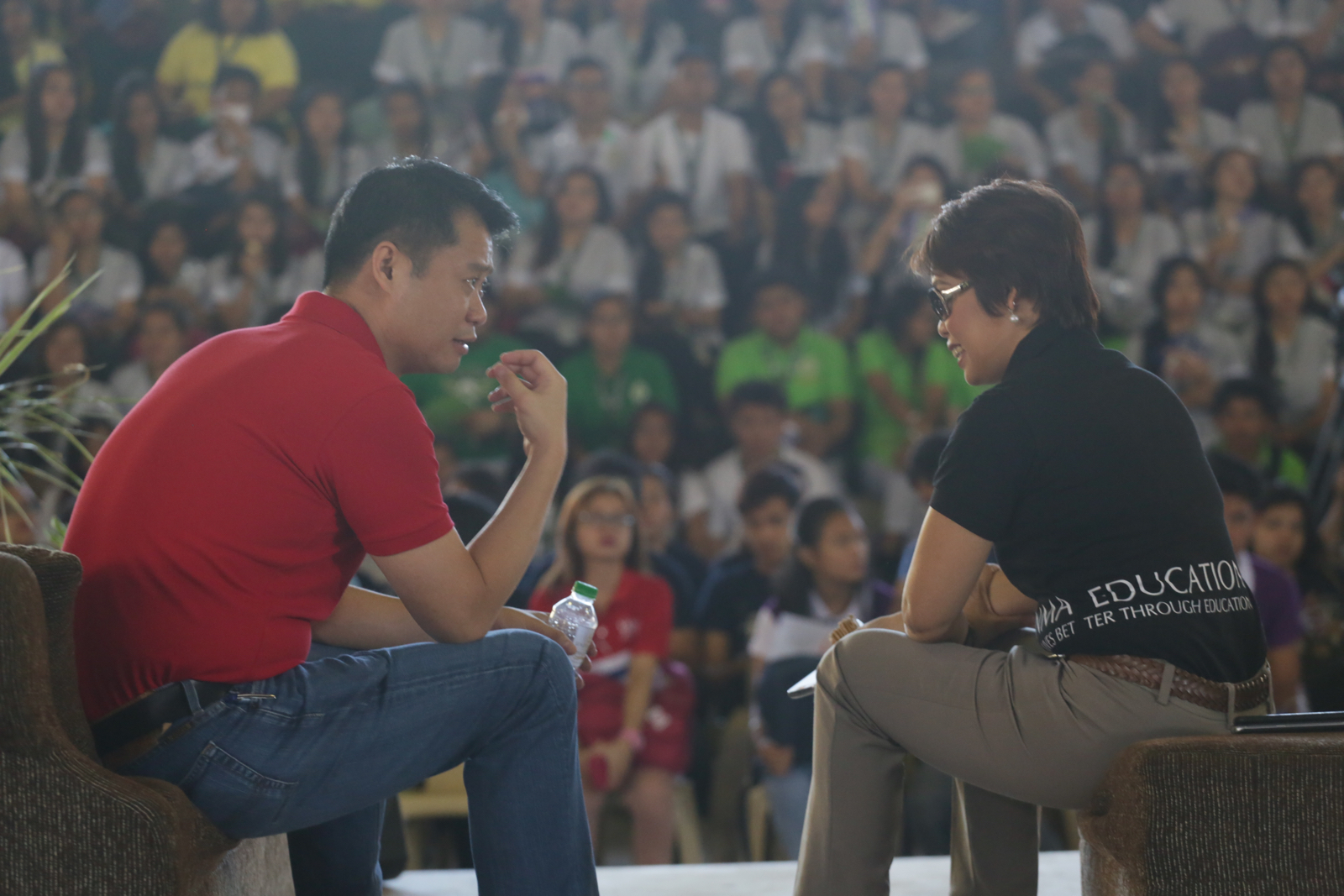