The 2015 had been another productive year for Valenzuela City Congressman Win Gatchalian as he filed other 42 key legislative measures at the House of Representatives, in which he sought to promote good governance, better education, more jobs, and public security.

In 2015, Gatchalian also helped over 15,000 constituents in his local programs as the first district representative of Valenzuela City.

Let us look back on the significant chapters of his work as a public servant that took place in 2015:

Other cities and provinces adopted the Nanay-Teacher Parenting Program after its success in Valenzuela City.

As of present, Valenzuela City is continously conducting the Nanay-Teacher Parenting Program and has elevated its implementation for the parents of students in their local public high schools as part of the local government’s Education 360 program.

2) Public Service in his 41th Birthday

Gatchalian on Mar. 28 had an early celebration of his 41st birthday with the purpose of helping others.

Nearly 6,000 residents of Valenzuela City and other nearby localities joined Gatchalian in this joyous occasion.

3) Sharing the Importance of K to 12 program

On May 13, Gatchalian was invited as a speaker in the 17th National Convention of Professional Teachers Inc. as one of the lawmakers that actively supports the implementation of Department of Education’s (DepEd) K to 12 program.

In his speech, the legislator emphasized the program would increase the country’s labor competitiveness and would equip students with technical-vocation skills even before they graduate from high school.

Gatchalian, who earlier filed House Bill 4714 or the Servando Act, led the the technical working group (TWG) that consolidated his HB 4714 along with four other legislative measures.

For him, he called its passage of the House measure a victory with nearly a year after the death of De La Salle-College of Saint Benilde (DLS-CSB) Guillo Servando. He also said that it was a step toward bringing justice to all individuals that were injured or passed away due to violent initiation rites.

A Senate committee on Aug. 12 started its formal deliberation on a proposed measure that seeks to require the mandatory registration of prepaid SIM card users.

This was after the lower House approved on May 22 House Bill No. 5231 or the Subscriber Identity Module (SIM) Card Registration Act.

Gatchalian, who was invited to the Senate as the one of the primary authors of the approved House measure, gave his legal opinion on the proposed mandatory registration of prepaid SIM card during the initial deliberation.

He expressed that mandatory SIM card registration is a security measure that will prevent the use of cellular phones in illegal activities such as extortion, grave threats, bullying, and even kidnap-for-ransom.

With only over a month after it was filed, Gatchalian’s landmark measure House Bill No. 5905 or the Free Higher Education Act has been immediately approved in the committee level on the House of Representatives on Aug. 14.

Gatchalian said the bill is expected to benefit around two million students in more than 100 SUCs in the country.

“This will entail only P12 billion. The tuition-free program is only less than one percent or 0.35 percent of the P3-trillion national budget for next year,” he said in an interview.

Gatchalian did not only file a measure, but he also started going to different places to advocate the right to higher education as he launched his Free Higher Education Forum in several colleges and universities around the country.

In the forum, Gatchalian shares his knowledge to students on the situation of higher education in the country, their current prospects, what the government is doing to improve it, and what they can do to help.

Gatchalian signified his intention to serve the public in higher office on Oct. 14 when he filed his certificate of candidacy (CoC) to run for Senator in 2016 with education and good governance as his main advocacies.

In Oct. 28, he formally became part of the Senator Grace Poe’s Galing at Puso Senatorial slate after his political party, the Nationalist People’s Coalition (NPC), has announced that it would support Poe’s presidential bid. 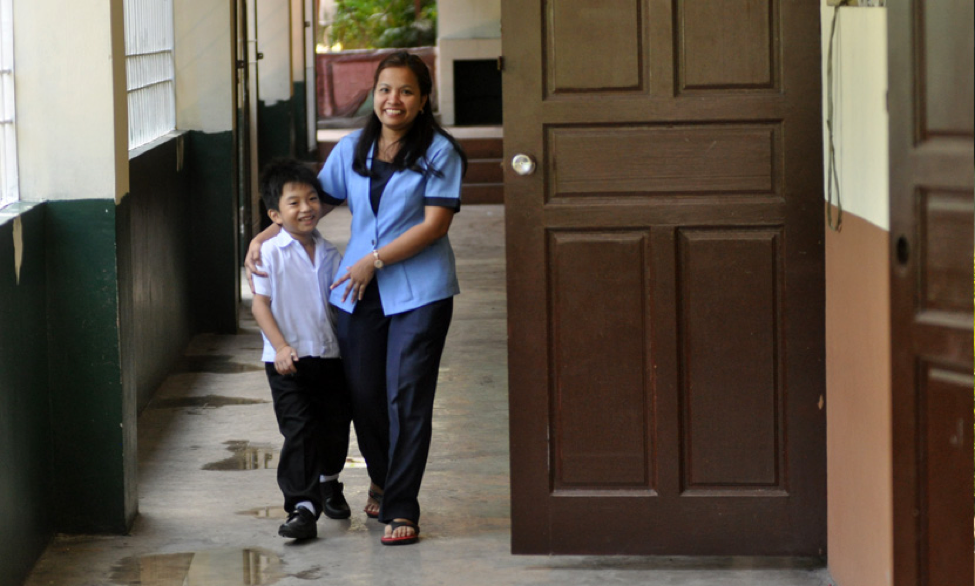 As part of the government’s Christmas present to laborers, the House of Representative has finally approved the House Bill No. 6758 or the Salary Standardization Act.

Gatchalian’s House Bill No. 5731 or his proposed salary increase for teaching and non-teaching personnel was among the measures taken into consideration in the proposed Salary Standardization Act.

According to the Department of Budget and Management (DBM), President Benigno Aquino III is expected to sign the proposed measure into law and make it effective starting Jan. 1 of 2016.

It is expected to raise the basic salaries and benefits of around 1.5 million government workers by up to 45 percent.