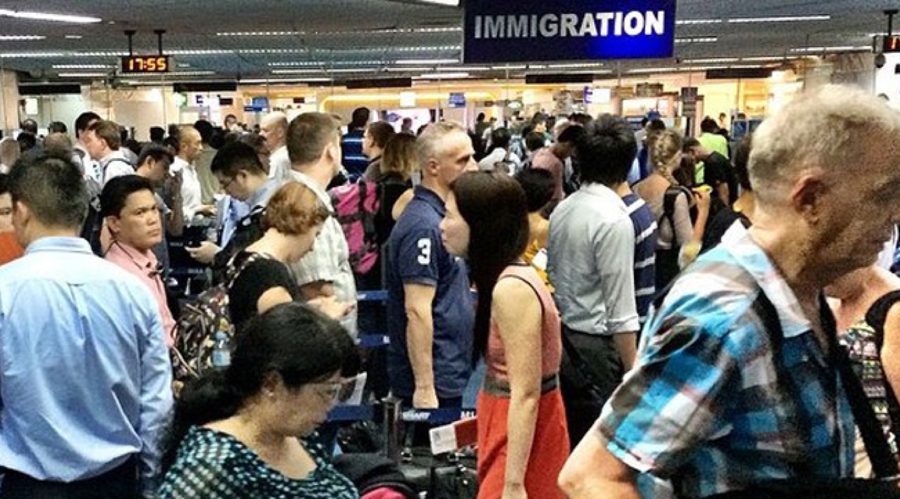 A veteran solon lauded the Bureau of Immigration for lifting the entry ban against Hong Kong journalists which could have been seen as an affront to press freedom in the country.

Valenzuela City Congressman Win Gatchalian also commended the Bureau of Immigration for acting swiftly in lifting the entry ban, explaining that failure to do so “will definitely affect the Philippines’ standing in terms of press freedom”.
“Prohibiting foreign journalists from coming to the Philippines is an excessive and authoritarian measure that has no place in a democracy, which boasts of freedom of the press as one of its pillars,” Gatchalian said.
“The government must be very careful in making decisions which may affect diplomatic relations with other countries,” he added.
Gatchalian, who noted that the country’s ranking recently dropped to 147th from 149th in the 2014 World Press Freedom Index.
Gatchalian, a member of the House Committee on Foreign Relations, issued the statement shortly before the Bureau of Immigration lifted the entry ban against nine Hong Kong media practitioners following criticism from the media and Hong Kong government.
The journalists allegedly shouted questions at President Aquino during the 21st Asia-Pacific Economic Cooperation (APEC) Leaders’ Summit last year in Bali, Indonesia concerning eight Hong Kong tourists who were killed in 2010 Manila bus hostage fiasco.
Last June 6, the media practitioners were placed under the BI’s blacklist at the request of the National Intelligence Coordinating Agency (NICA), which considered them “a threat to public safety” following “acts committed against the President” at the Bali summit.
But it was only late this month that the said BI blacklist came out in the open when a Hong Kong television cameraman was denied entry at the Ninoy Aquino International Airport (Naia) last Nov. 20.
The Hong Kong cameraman was given a copy of the June-6 order banning him and eight others from entering the Philippines and covering next year’s APEC summit.
Gatchalian chided the NICA for committing an error in judgment when it recommended the blacklisting of the journalists “just because their way of questioning was not delivered in the most favorable way”.
“Labeling the nine Hong Kong journalists as ‘threat to public safety’ does not justify the entry ban and is contradictory to the Aquino administration’s commitment to the preservation and promotion of press freedom,” Gatchalian argued.
In a letter addressed to President Noynoy Aquino dated November 24, the Hong Kong Journalists Association said the journalists were just doing their job in asking him for comments on the 2010 killing of Hong Kong tourists taken hostage by a disturbed former policeman.
It said that no behavior by the journalists “could possibly justify their classification as a security threat to your country”, and that the blacklisting was “a blemish on the reputation of the Philippines as a democratic nation”. (R. Burgos)