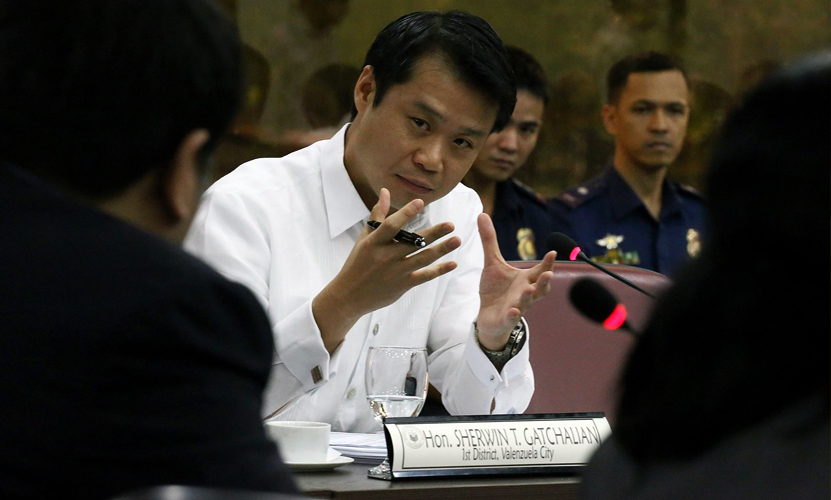 As likely one of the new senators in the 17th Congress, Valenzuela City Congressman Win Gatchalian has proved through his solid track record that he has legislative experience to perform well his upcoming Senate duties and responsibilities.

Aside from his 9-year stint as mayor, Gatchalian also served as the first district representative of Valenzuela City for six years, from 2001 to 2004, and from 2013 up to present, in which he manages to conduct both his district duties and lawmaking function in the House of Representative.

In his current term alone, Gatchalian had a productive run as a lawmaker after he authored at least 54 bills in the 16th Congress. He also co-authored no less than 25 bills, in which seven was passed into a law.

Although known as an education advocate through his “Free Higher Education Act”, he is also pushing for legislations that benefits other social sectors, such as health, good governance, and peace and order.

Just last week, President Benigno Aquino III signed Republic Act No. 10801 or the “Overseas Workers Welfare Administration Act”, in which Gatchalian is one of the primary authors.

As his present term comes to a close, let us take a look on some of his other notable and popular key legislations that he authored:

Filed in Oct. 2014, Gatchalian has been pushing for House Bill No. 5098 or the “Proof of Parking Act”, which seeks to require potential buyers of motor vehicles to prove that they have a parking space before they can buy and own a car.

Such measure is one of his solutions to the worsening traffic in major roads and thoroughfares in urban areas, particularly in Metro Manila.

Under the bill, Gatchalian proposed that buyers of brand new cars, whether individuals or firms, be mandated to present an affidavit indicating the availability of an existing parking space for the vehicle to be bought.

Gatchalian vows to prevent senseless deaths caused by hazing incidents or other violent forms of initiation rites in his House Bill No. 4714 or the “Servando Act”.

The bill was filed in July 2014, which was weeks after the death of De La Salle-College of St. Benilde (DLS-CSB) student Guillo Servando. He filed the bill to seek banning of all forms of hazing or violent initiation rites which will amend Republic Act No. 8094 or the “Anti-Hazing Law of 1995”.

The “Servando Act” was already approved in the House as House Bill No. 5760 or the “Anti-Hazing Act” in June last year and has been transmitted to the Senate, which has yet to pass a counterpart bill.

Gatchalian wants to bring the benefits of the successful city-wide feeding program in Valenzuela City to all students in other schools nationwide in his House Bill No. 5348 or the “Nutri-Skwela Act” filed in Jan. 2015.

Under the bill, at least one meal on each school day of the academic year shall be made available free-of-charge to all children enrolled in day care, kindergarten and grades 1-6 in all public educational institutions in the country.

Valenzuela City Congressman Win Gatchalian is pushing for the passage of a bill requiring public and private establishments, as well as specific areas to have Closed Circuit Television (CCTV) cameras.

To keep students focused on their studies, Gatchalian wants to prohibit owners of computer shops from allowing minors to enter in their establishment during class hours.

Gatchalian also wants to instill discipline and give training to our youth by bringing back the 2-year mandatory Reserve Officers’ Training Corps (ROTC) program in tertiary education in his House Bill No. 2338, which was filed in Aug. 2013.

If his bill is passed, a 2-year ROTC military training shall apply to all male students enrolled in colleges, universities, and technical or vocational schools; while female shall undergo ROTC civic training on basic rescue operation and health services.

Gatchalian also is looking to put an end to text scammers in pushing for the registration of all pre-paid subscriber’s identity module (SIM) card users in the country through his House Bill No. 2624.

Filed in Aug. 2013, his “SIM Card Registration Act” also aims to curb crimes by text messages, such as kidnapping and bomb threat, by requiring telecommunication companies to keep a registry of information on prepaid SIM card subscribers.

8) Bill of Rights of Taxi Passengers

In Jan. 2014, Gatchalian filed House Bill No. 3681 or the “Bill of Rights of Taxi Passengers”, which will impose a set of strict standards on taxi drivers and operators.

Gatchalian said the proposed bill of rights aims to prevent any untoward incident and protect the public from any discourteous and abusive drivers roaming in the streets.